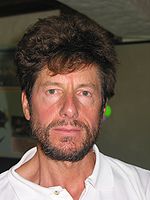 The individual level of exercise tolerance is closely associated with mortality and quality of life. Thus, to maintain or improve exercise tolerance is one of the most important goals in the elderly or those suffering from various diseases. Exercise training has been evidenced as the most effective way to achieve this goal. Exercise tolerance is related to the ability to use a high percentage of the individual maximum oxygen uptake which is thought predominantly to result from chronic adaptations in skeletal muscle. These adaptations include the increase of key enzyme activities of the mitochondrial electron transport chain and an associated increase in mitochondrial protein accumulation and increased capillary supply. The resulting improvements in performance seem mainly due to a higher rate of fat oxidation and a concomitant reduction in glycolytic flux, and a tighter control of the acid-base status. However, in certain cases, the rapid development of fatigue which cannot simply be explained by metabolic aspects of working muscles affects exercise performance. Recent studies suggest that exercise increases not only muscle but also brain mitochondrial biogenesis thereby likely contributing to reduced fatigue and improved exercise performance [1]. Beside exercise training, repeated passive exposures to short-term hypoxia (interval hypoxia) have also been demonstrated to increase exercise tolerance, e.g. in patients suffering from respiratory or heart diseases [2]. Similar to exercise, transient hypoxia with and without exercise may be capable to stimulate mitochondrial biogenesis in the skeletal muscle as well as the brain [3], thereby contributing to the observed changes in muscle metabolism and the rating of perceived exertion after interval hypoxia [2]. Our observations, derived from measurements of cerebral and muscle oxygenation by NIRS, indicate that beneficial effects on exercise tolerance following exercise training might rather be due to reduced peripheral fatigue and following interval hypoxia due to diminished central fatigue.