The alternative oxidases (AOX) are ubiquinol oxidoreductases which catalyse the four electron reduction of oxygen to water. The protein is ubiquitous amongst plants, also found in some agrochemically important fungi, protists and widespread amongst human parasites such as Trypanosoma brucei, Cryptosporidium parvum, Blastocystis hominis and opportunistic human pathogens such as Candida albicans and microsporidia. Immunocompromised individuals are particularly susceptible to these opportunistic human diseases, and new drugs that are well tolerated and have clearly defined biochemical targets are therefore urgently required. Since AOX is absent from the human host there is growing support for this protein to be considered as a viable target for the treatment of trypanosomiasis, cryptosporidiosis and candidiasis. In addition to the role of this protein in the above, its lack of presence within mammalian systems has led to its potential use in gene therapy to treat Alzheimers and Parkinsons diseases which are characterised by mitochondrial dysfunctions. We are involved in a characterisation of AOXs from a variety of organisms in an attempt to define and account for differences in Km (O2 and QH2), Vmax and sensitivity to inhibitors both polarographically and spectrophotometrically. 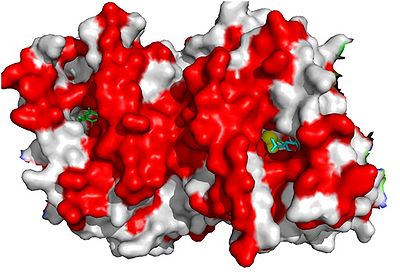