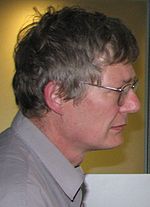 Acute ischemia-reperfusion injury of the brain affects millions of people. Currently there is no really efficient neuroprotective therapy, however, a simple physical procedure, therapeutic hypothermia, can have beneficial effects. Although there is agreement that in this group of diseases oxidative stress is an important factor, the effects of temperature changes on the reactive oxygen species (ROS) formation and on the ROS elimination have not been clarified yet. A few publications in high profile journals claimed that mitochondrial ROS formation was inversely related to increasing temperature. In the present work, the effects of temperature changes on H2O2 formation and elimination were investigated in isolated guinea pig brain mitochondria in association with oxygen consumption.

The rate of substrate oxidation showed a strong increase with temperature, whereas the efficiency of oxidation was decreased. Considering the ROS homeostasis both the formation of H2O2 and the elimination of H2O2 became faster with increasing temperature. With Complex I substrates at resting respiration, H2O2 production was increased by 31%, as a consequence of elevating the temperature from 33 °C to 41 °C. Using succinate or alpha-glycerophosphate, results were similar. The biggest difference (59% between 33 °C and 41 °C) was detected when H2O2 production was measured in the presence of the Complex I inhibitor rotenone. The rate of H2O2 elimination was also elevated by 24% with increased temperature (from 33 °C to 41 °C), in glutamate+malate supported mitochondria.

Rising the temperature from hypothermic to hyperthermic conditions resulted in an increase in mitochondrial oxygen consumption, H2O2 production and H2O2 elimination. The increase of ROS production was higher than that of H2O2 elimination; thus, according to our results, the elevation of temperature created oxidative stress conditions. We conclude that the neuroprotective effects of therapeutic hypothermia are also based on the decreased rate of mitochondrial H2O2 production.