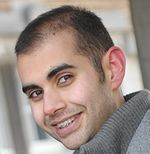 We use the yeast Saccharomyces cerevisiae as a model to study the molecular mechanisms by which age-related changes in mitochondrial membrane lipids regulate longevity [1-8].

We found that an exogenously added bile acid called lithocholic acid (LCA) extends yeast chronological lifespan and accumulates in the inner mitochondrial membrane (IMM). To define the mechanism by which LCA extends yeast longevity, we 1) examined how LCA influences mitochondrial proteome and lipidome; 2) investigated the effect of LCA on the composition and stoichiometry of respiratory complexes and supercomplexes in the IMM; 3) assessed how LCA affects mitochondrial oxygen consumption, membrane potential and reactive oxygen species (ROS); 4) examined how LCA influences mitochondrial morphology and how it affects the chronology of events characteristic of age-related, mitochondria-controlled apoptosis; and 5) investigated the effect of LCA on the lifespans of long- and short-lived mutants lacking individual components of the mitochondrial fission and fusion machines.

We found that LCA also functions as a potent and selective anti-tumor compound in cultured human neuroblastoma, glioma and breast cancer cells by modulating mitochondrial processes playing essential roles in both cancer and aging. The effects of LCA on these processes seen in cancer cell cultures are opposite of those observed in non-cancerous human cells and in chronologically aged, quiescent yeast.